*I am currently working my way through my fourth semester of the Information and Learning Technologies master’s program at University of Colorado, Denver.  This is the thirteenth post within a series of Daily Creates that I’ve been assigned to complete for a course titled Digital Storytelling.

Today’s Daily Create stated:  “Find a photograph that captures the words of Shakespeare. Even better if you can go beyond the literal. Tag #shakespeare400.”

I chose Shakespeare’s line, “I like this place and willingly could waste my time in it.” It’s from As You Like It, Act II, Scene IV. I placed it over one of my favorite shots from within Cape Lookout State Park, in Tillamook, Oregon. We hiked in Cape Lookout in June of 2015 and it was the most magical hike I’ve ever experienced. I would willingly waste my time it again and again and again. 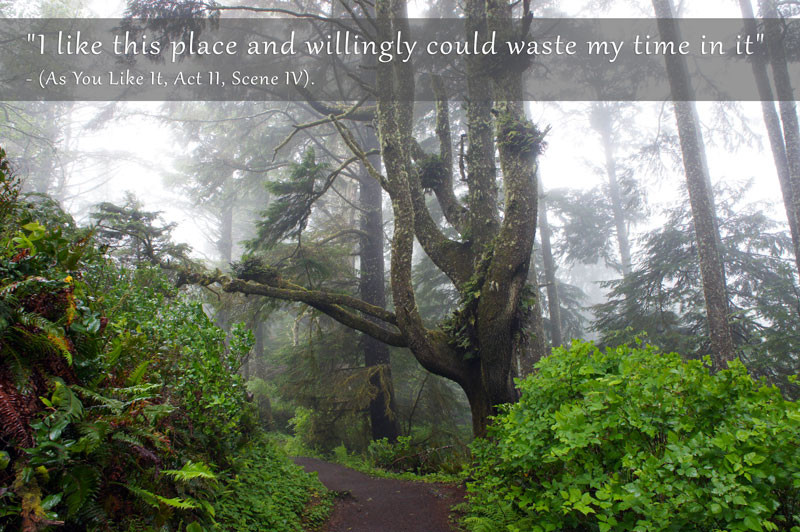 *All images are my own.