*I am currently working my way through my fourth semester of the Information and Learning Technologies master’s program at University of Colorado, Denver.  This is the eleventh post within a series of critiques on digital stories that I’ve been assigned to write for a course titled Digital Storytelling.

This week’s critique is on short film titled, The Purple Pig.  It’s the final episode of the HERITAGE series from Tastemade.  The HERITAGE short films introduce viewers to some of the country’s most brilliant chefs.  “These films feature the personal stories behind chefs and what drives them, the flavors that inspire them, and the dreams they continue to work for.” 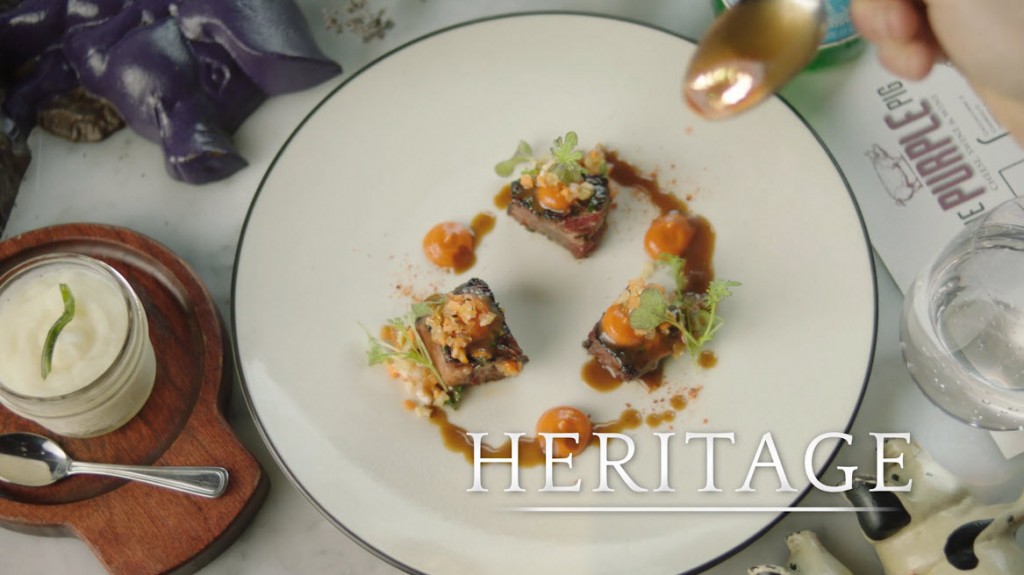 The Purple Pig film (The Purple Pig is also the name of the restaurant) is about Chef Jimmy Bannos Jr., a two time nominee for the James Beard Foundation Award for Rising Star Chef, and a fourth generation restaurateur.  His restaurant, The Purple Pig, showcases timeless flavors that reflect his Greek and Italian roots, created with personal touches inspired by his family and his childhood. 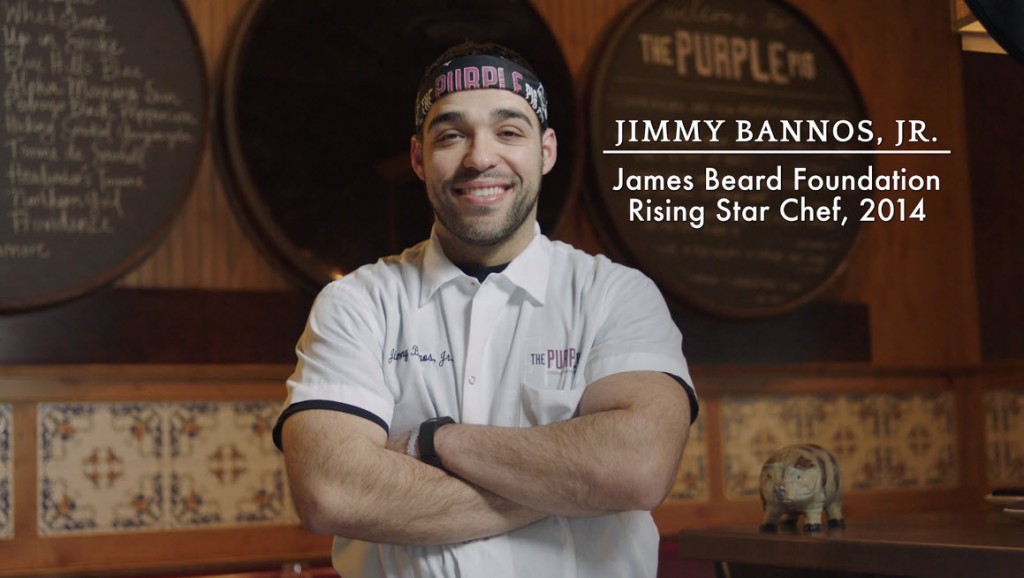 I chose to critique this film because when I read that Jimmy was a 4th generation restaurateur, I knew the film had to have at least a few mentions of family food traditions and hopefully even some talked about family food memories!  I’m happy to report that I was correct, and this short film fits perfectly with my theme for this semester, family food traditions and a self-reflection through food.  Jimmy talks about how he spoke to his dad every day when he went away to school and of how he knew he needed his “foundation” in order to succeed.  His foundation was his family and everything they had taught him as he was growing up.  His family and his food memories and traditions have completely shaped not only who he is, but his incredibly successful restaurant as well.  At the end of the film Jimmy talks about how he’s going to make sure he brings his daughters to his restaurant as often as he can.  He explains that he wants to pass down the way of learning, that he was taught by his own father.  He states, “I’m gonna do the same thing that my dad did with me, and…hopefully it works out.”

The film is not hosted in such a way that I can embed it in this post, so click here to view it on Tastemade!  (Be warned…clicking on any other recipe videos can potentially suck you in for what feels like hours!)

*All images taken as stills from The Purple Pig short film.