*I am currently working my way through my fourth semester of the Information and Learning Technologies master’s program at University of Colorado, Denver.  This is the third post within a series of critiques on digital stories that I’ve been assigned to write for a course titled Digital Storytelling.

This week’s critique is on a digital story titled Josef that I found on StoryCenter.org.  It was created by Brad Johnson, during a workshop facilitated by the Center for Digital Storytelling.  I chose to critique this short film because it relates very closely to my own theme…a self-reflection on my life so far, through food.  I thoroughly enjoyed the story and longed to have my own food traditions handed down through memories of my own grandparents.  As I have never had any relationship with either set of my grandparents, I will have to ensure that my husband’s family’s traditions are taught to my daughter and passed down through her.

This story is a short film about Brad Johnson’s grandfather, Josef Troesken.  Brad tells the story of his grandfather’s obsession with food and his constant need for his family to acknowledge it.  Josef was born in Germany in the early 1900’s and immigrated to America when he was 22.  He endured many hardships during the Great Depression but still managed to feed his family and raise his two daughters.  On the hardest days, he fed them by pulling scraps from a garbage bin or by working a full day’s labor for one loaf of bread.

To critique this piece, I used all of the various traits that apply to Media Grammar, from Jason Ohler’s Assessing digital stories, new media narrative.

The grammatical areas below are covered in detail in Chapter Fourteen of Digital Storytelling in the Classroom: New Media Pathways to Literacy, Learning and Creativity. 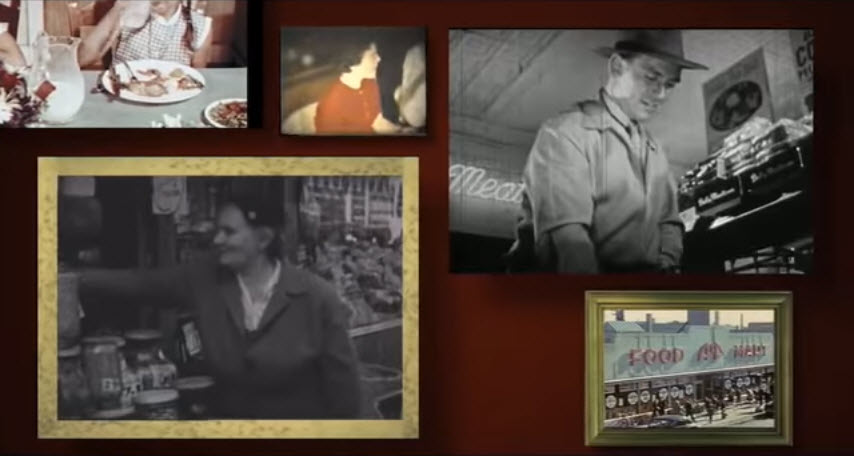