*I am currently working my way through my fourth semester of the Information and Learning Technologies master’s program at University of Colorado, Denver.  This is the fourth post within a series of critiques on digital stories that I’ve been assigned to write for a course titled Digital Storytelling.

This week’s critique is on a digital story titled His Saving Grace that I found on the Chicago Tribune’s website.  The story was written by Kevin Pang and photographed by Abel Uribe.  His Saving Grace is a multimedia piece about chef Curtis Duffy and how his relationship with food saved him after his parents’ murder-suicide.  The story was reported through firsthand interviews in Chicago and Ohio, court documents, sheriff’s reports, and archival footage.  This digital story is a lavish multimedia presentation, complete with police audio clips, news reports, photos, short video clips, and audio narration from Curtis Duffy.  Kevin Page used his material to launch into creating a documentary that became available worldwide on February 2nd, 2016. 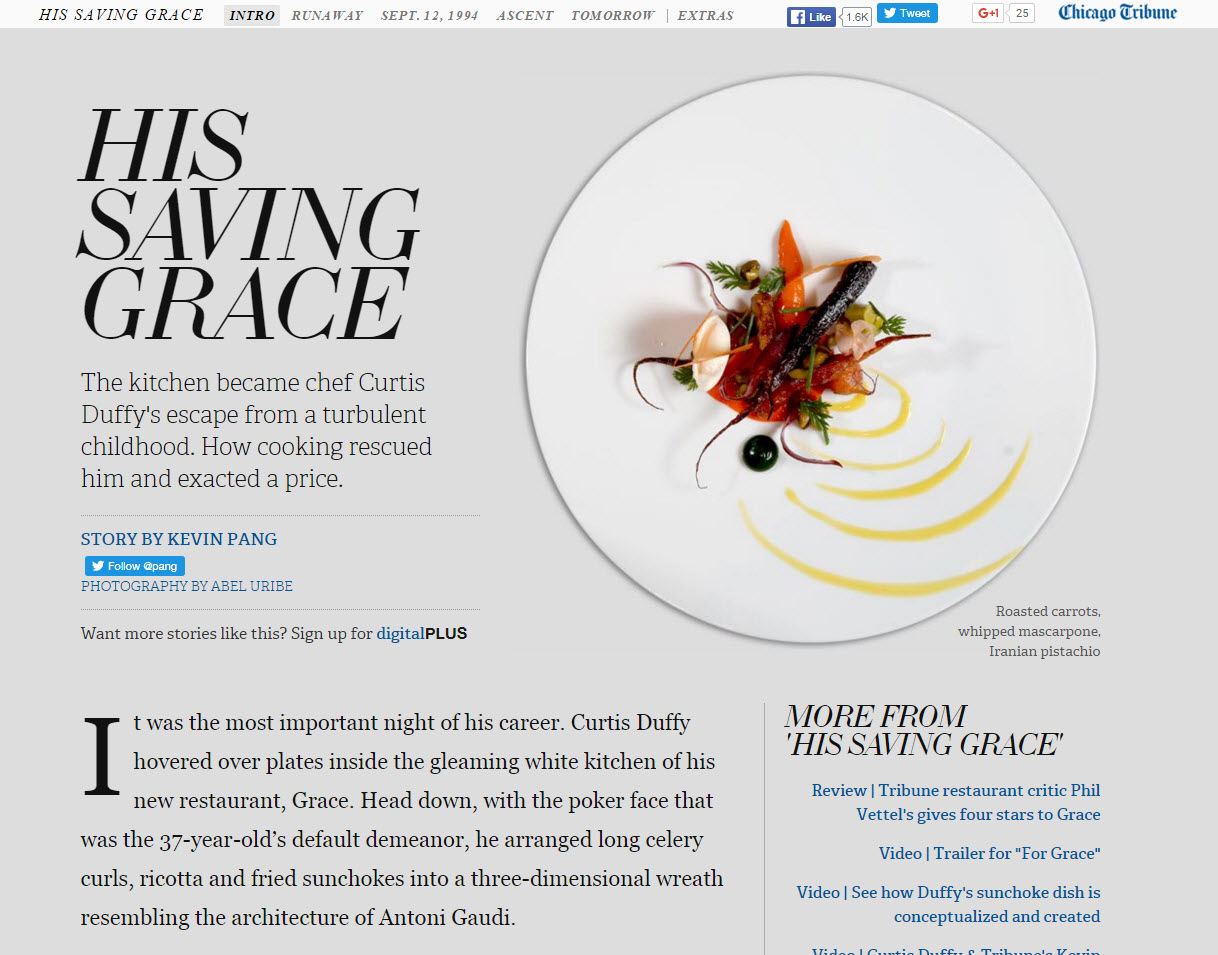 I chose to critique this multimedia presentation because it relates closely to my theme for this course, a self-reflection on life, through food.  I very much enjoyed the digital story and even teared up a few times.  Chef Curtis Duffy’s life is certainly a tremendously fascinating one with awful heartache, extreme passion, and incredible success.  Not many people have a true saving grace, but Curtis Duffy does, and it’s food.

Kevin Pang did an excellent job with this digital story, which unsurprisingly led him to success with his film.  Check out For Grace, the award-winning documentary on Curtis Duffy, available for rent or for purchase.