*I am currently working my way through my fourth semester of the Information and Learning Technologies master’s program at University of Colorado, Denver.  This is the sixth post within a series of critiques on various readings that I’ve been assigned to write for a course titled Digital Storytelling. 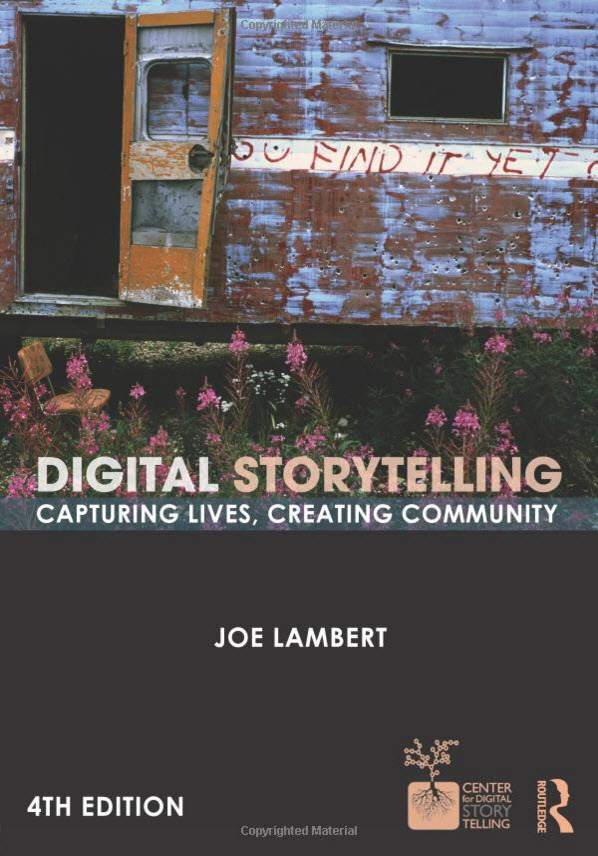 “What makes good design in a digital story?  This is a loaded question.”  In this chapter, Joe Lambert discusses the differences in design for digital storytelling and design almost everywhere else.  He dissects the design choices within the work of two of his workshop students and dives a little deeper into some of the design elements he first discussed in his chapter on the seven steps of storytelling.

“Design is the method of putting form and content together.  Design, just as art, has multiple definitions; there is not single definition.  Design can be art.  Design can be aesthetics.  Design is so simple, that’s why it is so complicated.”  – Paul Rand, 2001 (creator of IBM, ABC, and Enron logos)

My greatest takeaway from this chapter pertains to Lambert’s discussion of design choices and originality.  A large element of this course has been to not only read and respond to these reading chapters, but to spend a significant portion of our time critiquing other people’s digital stories (search for critique in the search field and you’ll see many!).  The most difficult aspect of critiquing other people’s work, for me at least, has been judging and dissecting the design of digital stories.  To me, design choices can be highly personal and what one person finds logical and/or beautiful, another may find ridiculous and wrong.  Early in this chapter, Lambert wrote:

Of course, what is cliche to some is still news to others.  Originality is all about shared culture and context, what I might find trite and sentimental, you might find engrossingly powerful.  And as listener, readers, in the age of magazines, billboards, television, and websites, we are all able to attune ourselves to expectations of a genre/trope, and judge originality and surprise against the neverending flow of shifting expectations.  Fashion, as we understand it, is nothing but attempts to reframe our expectations – to make the ordinary, what we thought we understood in what we were seeing/feeling, seem somehow new and familiar.

As digital storytellers, you do not have to suffer endless an design process to surprise us.  You simply need to think about how in the choices you are making, you are challenging yourself to not go with what is blindingly obvious.  Allow for happy accidents, where an image that was meant for one part of the story, ends up illustrating something completely different.  Allow yourself, once in awhile, to think outside the enchilada.

Another notable element of this chapter, for me, is Lambert’s breakdown of “designing in digital.”

So a little off topic for a bit…  I typed all of the excerpts in this post, exactly as they were typed in the chapter, and the grammar and spelling issues just killed a leprechaun and a unicorn.  No joke.  For every error in this book, a small, innocent, mythologicial creature has died.  Someone get this man an editor, ASAP!

With all of that being said, I VERY much appreciate Lambert’s writing style.  I love that he writes for anyone, meaning I don’t struggle to understand academic jargon and have to reread each sentence more than once (if I have to reread it’s because of grammar and spelling mistakes!).  And I mean, come on…he ended the originality excerpt (far above) with, “…think outside the enchilada.”  I’d take a workshop with an instructor who said that!