I am currently working my way through my third semester of the Information and Learning Technologies master’s program at University of Colorado, Denver.  This post is the fifth within a series of 12 scholarly critiques that I’ve been assigned to write for a course titled Research in ILT.

My academic partner Jason and I have recently decided to completely revise our action research project for this course.  We’ve been struggling to figure out exactly what we want to do our project on, but we do know we want to stay within topics that pertain to or utilize emotional intelligence.  Our instructor made the following suggestion:  “I would highly recommend that you constrain the scope of this research to the relationship between emotional intelligence and individual learning. and perhaps emotional intelligence/individual learning/understanding change processes.”    With that in mind, Jason did a search on the Auraria Library, using the phrase “emotional intelligence and learning.”  He found several applicable articles and I chose to critique Positive Emotions, Emotional Intelligence, and Successful Experiential Learning by Dr. Jo Ann A. Abe, Professor of Psychology at Southern Connecticut State University.

In this study, Dr. Abe explored the role that positive emotions and emotional intelligence (henceforth “EQ”) play in successful experiential learning.  There were two goals to the study (p. 818):

Dr. Abe had conducted a previous study on experiential learning and used those results to form her hypotheses for this study.  In introducing the topics of positive emotions, emotional intelligence, and experiential learning, Dr. Abe’s utilizes her literature review to support the 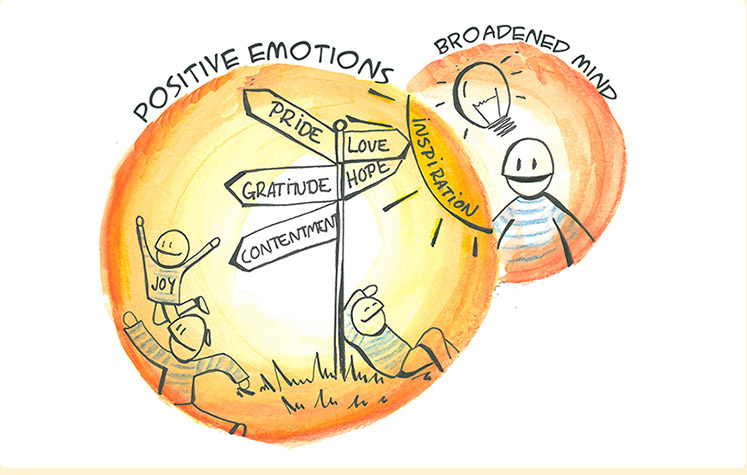 To perform the research, 65 undergraduate students who were enrolled in a mental health specialization program, were studied while completing 150 hours of field practicum during their senior year (p. 819).  Dr. Abe used a journal-based qualitative research method along with a quantitative method utilizing both an online word analytics program and an online EQ test.

To collect data on the effects of positive emotions, students were required to keep a weekly journal in which they were encouraged to not only describe their practicum experiences, but also to elaborate on their thoughts and feelings associated with their practicum experiences (p. 819). The journals were then analyzed by the Linguistic Inquiry and Word Count Program (LIWC), which searches for target words or word stems from an extensive dictionary, categorizes them into linguistic dimensions, and then converts the raw counts to percentages of total words (p. 819).

To collect data on the measures of successful experiential learning,  both supervisors and students were asked to complete rating scales at the end of the semester, which consisted of 10 items and were rated on a 5-point scale.  The supervisors’ rating scale assessed students’ performance in several major domains. The students’ rating scale assessed their perceived personal and professional benefits associated with their practicum experiences (p. 819).

Unfortunately, Dr. Abe was unable to meet her subsidiary goal to explore whether the relations between positive emotions and successful experiential learning were mediated by EQ and vice versa.  “According to Baron and Kenny (1986), the first condition for establishing mediation is for the predictor variable to be significantly correlated with the proposed mediator variable. In this study, the LIWC emotion dimensions were not correlated with the EI dimensions. Thus, the mediational analyses were not conducted” (p. 819).

I found this study to be extremely interesting and very relevant to my area of study within this course.  The data collection methods of the journal and the MSCEIT are similar to what I expected to use within my own research.  Dr. Abe’s study spanned the course of several semesters.  Unfortunately, I do not have that amount of time for the project within this course, but this article has given me a much clearer understanding on how to perform such a study.